Tennis is a sport enjoyed by many, with just as many people who play it as those who watch. What makes it such a great sport to play is you can practice on your own, play with one other person, or make it into a team sport.

Some are so passionate about the sport of tennis that they make a career out of it. Tennis is a highly competitive sport where athletes must be in top form to come out on top. We spoke to experts such as Boris Becker so you can learn all about tennis.

The Origins of Tennis

Tennis first came from the game known as real tennis, or royal tennis. This sport is still played today, but modern-day tennis was derived from it.

While the exact history of tennis isn’t precisely known, many historians believe that it came from a game played in the 12th century France. It was called “jeu de paume” (game of the palm). This form didn’t have a racket and instead, people played with their hands.

Later on, in the 16th century, rackets were invented to use with the game, and this is when it started to become known as “tennis”. It quickly became popular in France and England, where many original courts still are standing today.

As with most other sports, there are those who play tennis for leisure, and there are others who play it as a profession.

One of the oldest men’s tennis competitions is the Davis Cup, which originated in 1900. The women’s version didn’t come until much later. It was in 1963 that the Federation Cup was founded.

Tennis as a profession didn’t start until 1926, when promoter C. C. Pyle put on the first professional tennis tour.

These games are played at the All England Club in Wimbledon, London. The tournament has been going on since 1877.

Not only is this an exciting match to watch, but there are long-held traditions that are still practised today. For example, players wear all-white, as do the royal patrons. The tournament is also famous for traditional food and drink, namely strawberries and cream, and the drink Pimm’s.

We got a chance to speak with Boris Becker, who is a former German tennis pro who held the World number 1 ranking during his career. Becker has an impressive professional background, starting with multiple major singles wins in his teenage years. At the end of his career, he had won singles titles across 14 different countries.

In 2003, Boris Becker was inducted into the International Tennis Hall of Fame. After retirement, he became an occasional BBC commentator at Wimbledon, coach for Novak Djokovic, and poker player on the celebrity team for PokerStars.

Boris Becker - Play To Win: How I Reached the Wimbledon Hall of Fame 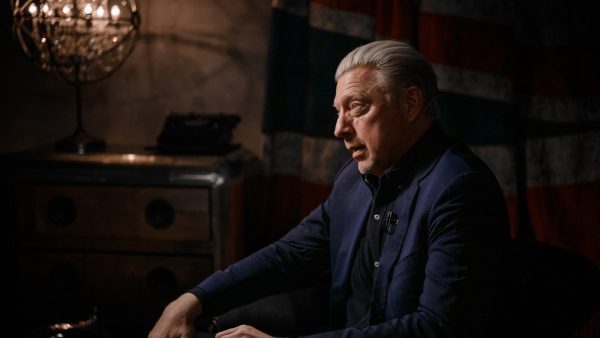