END THE TYRANNY OF CENSORSHIP TODAY

Dear Digital Citizens of the World,

My name is Brian Rose and I am the Founder & Host of London Real, an independent media and education company that has been broadcasting long-form interviews with some of the greatest thought leaders in the world for the past nine years.

In that time, our video content has been WATCHED OVER HALF A BILLION TIMES and we have graduated over 5,000 people from our London Real Academy in 107 countries around the world.

Our mission is simple: to create a mass-scale transformation of humanity into a fully empowered, conscious and cooperative species.

Every day for the past nine years, I have worked tirelessly to help TRANSFORM THE LIVES OF MILLIONS OF PEOPLE from around the world.

And yet today, I write to you OUT OF DESPERATION.

Recently I have been persecuted, banned, deplatformed, and censored by governments, regulators, mainstream media, and trillion dollar technology platforms.

Every aspect of my life has been under attack: from my credibility to my content to my livelihood and even reputation.

This has all happened for one reason: because I chose to broadcast conversations and ideas that are deemed controversial for mainstream media coverage.

My reason for doing so is to give people a choice about the guidance and information they choose to engage with, something I believe is a critical need in these challenging times of global crisis.

My sole aim is to disseminate information to allow people to make their own choices as rationally minded, free thinking adults.

Let me be very clear:

I DO NOT encourage violence. 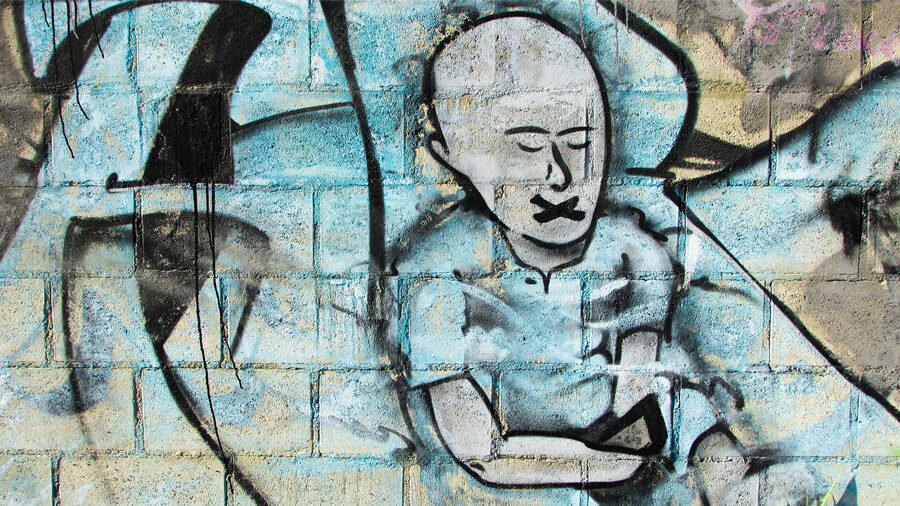 I DO NOT encourage the destruction of property.

I DO NOT encourage revolution.

I DO NOT encourage protest.

I only encourage EDUCATION.

And for this I have been vilified, marginalised and silenced.

All for exercising my fundamental human rights to Freedom of Speech and Freedom of the Press.

These are our most basic civil rights which have been guaranteed by governments around the world for hundreds of years. Wars have been fought over them, people have died for this.

The First Amendment of the US Constitution (adopted in 1791) reads:

Congress shall make no law prohibiting… or abridging the freedom of speech, or of the press.

Everyone has the right to freedom of expression. This right shall include freedom to hold opinions and to receive and impart information and ideas without interference by public authority and regardless of frontiers.

The United Nations created in the Universal Declaration of Human Rights (UDHR) in 1948 which states in Article 19:

We all have the right to make up our own minds, to think what we like, to say what we think, and to share our ideas with other people.

Like many of you, I hold these truths to be self-evident, and believe they are the reason we live in a free society that celebrates life, liberty, and justice. Without this most basic freedom, everything we stand for will fundamentally be lost.

If we cannot entertain and debate contrarian ideas in a public forum, how will we progress as a society and a species?

What if the Magna Carta had never stated in 1215 that everybody, including the king, was subject to the law?

What if Martin Luther had never nailed his theses to the door in 1517?

What if the founding fathers of America had never created their Declaration of Independence in 1776?

What if Martin Luther King, Jr. had been unable to speak freely about civil rights in his “I Have A Dream” speech on the Washington Mall in 1963? 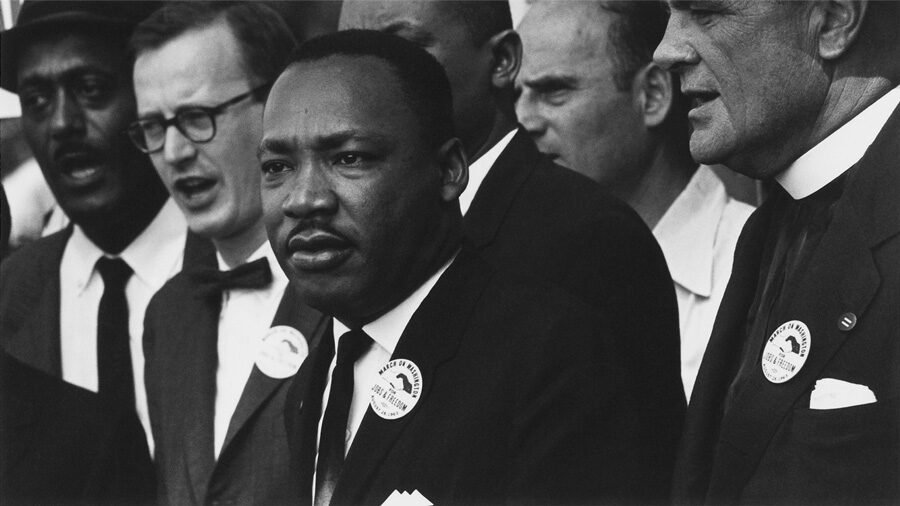 Would we be the free-thinking society of liberty and justice of today?

It is only because of Freedom of Speech that we are able to consider all points of view, engage in a healthy debate, and move forward and take the most intelligent action.

And I am deeply concerned that now all of this is being taken away from us.

I feel that we are heading down a very dark path and that if we continue will permanently alter the course of humanity forever.

To be completely honest, I never planned on getting into this fight.

For forty years of my life I focussed on the one thing most of us do: serving our own self-interests. I graduated with an engineering degree from MIT and built a very successful career in finance on Wall Street and in the City of London. I thought that money and success would make me happy, but it left me feeling empty, depressed and disconnected. So I walked away from it all and started London Real in my apartment with a couple of webcams, a cheap wooden desk, and a vision to start giving back to the world.

London Real has always been the same: to broadcast long-form conversations that are unscripted, unedited, and uncensored. Real people talking about real things. It sounds so simple, but the effect has been so profound.

These nuanced, organic, and real interviews have changed the lives of tens of millions of people, allowing them to be more empowered, more conscious, and more cooperative.

In fact every single day I get stopped on the streets and thanked because the content we produce has literally saved people’s lives.

And in the process I changed too, going from a selfish, angry, greedy, alcoholic banker to become a sober, optimistic, and hopeful teacher, father and broadcaster.

The transformation in myself and the London Real community has been nothing less than a miracle of modern broadcasting technology.

And all of this would have proceeded as planned for another 9 years if it wasn’t for the events of April 6, 2020.

This day was like many other days at London Real. We had a guest in our studio, and we broadcast a live 2.5 hour unscripted, unedited, and uncensored conversation to anyone who chose to watch it. The guest was David Icke and the broadcast was extremely popular, in fact it was the second largest YouTube livestream in the world that day, with some 339,000 people tuning in to watch it.

Our conversation that day was clearly something that many, many people wanted to watch. Yet thirty minutes later, this entire broadcast was deleted and banned on YouTube, and my adventure with modern day digital censorship would begin.

Over the next five weeks that same broadcast would be deleted and banned on a number of other technology platforms including Facebook, Instagram, Spotify and Vimeo. London Real would then be completely deplatformed and deleted from LinkedIn and Dropbox.

All because of two people speaking calmly about different ideas. We are being punished for exercising our universal human right to freedom of speech.

Next our content would be sanctioned and censored by the UK regulator Ofcom, after a broadcast on TV channel London Live. Then we were vilified by the BBC and mainstream press for publishing “health misinformation that could cause physical harm”.

As if we as adults need to be coddled by our governments, regulators, media, and technology companies.

The weeks which followed saw more of our videos from other guests banned, more untrue claims published by the mainstream media and more threats made to our broadcasting rights via increased censorship and threats.

Today we risk being deplatformed on most major social media platforms and technology providers. Our credibility is being attacked and they are taking strong steps to shut down our business and render us voiceless.

Which is why I write to you today.

I want to make this statement loud and clear.

We will no longer tolerate this inhuman treatment.

We will stand up for what built the great nations and powerful social movements of human history.

We will stand up for what created the system of life, liberty and justice that we hold so dear.

There are some who will say that these private companies are allowed to establish “Community Guidelines” and censor whoever and whatever they choose.

I disagree. These private companies now act as public utilities, especially now in times of crisis when important information needs delivery to the public. Therefore as such these utilities need to respect the fundamental human rights laws that prevail in the locations they service. 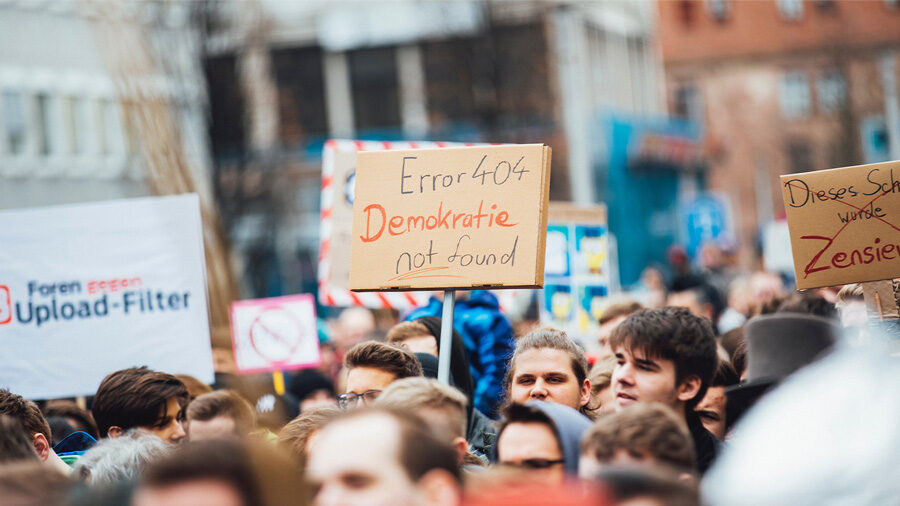 This means complying with the First Amendment of the Constitution, The European Convention on Human Rights Article 10, and the United Nations’ Universal Declaration of Human Rights (UDHR) Article 19.

The law is in fact on our side and it is our duty as citizens to enforce it.

To be honest I am not a person that likes to ask for help. I believe in the concept of self-reliance at all costs.

But I cannot win this fight alone. I need you and your support.

I need your signature on this open letter so we can show that our voice is a force to be reckoned with.

We must all remember that these governments, media companies and technology platforms CANNOT EXIST WITHOUT US.

We are the citizens, the voters, the viewers, the consumers of adverts, and the providers of personal data that keep these dominant entities in power.

We control their future, not the other way around.

But only if we act together, as one unit, and demand that our fundamental human rights be restored.

So help me now to send them a strong signal.

Sign this letter and let’s take back our power.

Let’s show these institutions that they are here to serve us.

Let’s give them a strong message loud and clear:

WE WILL NOT BE SILENCED.

WE WILL NOT BE CENSORED.

WE WILL NOT BE STOPPED.

Let’s send a shot across their bow and tell them that enough is enough.

Let’s create a freethinking and freespeaking society that we will feel proud to pass on to our children and grandchildren.

The time is now.